Ghost Recon via Xbox One

Any newbz or hardcore Ghost Recon Wildlands players on XBOX ONE?

I am a long time Tom Clancy fan,
and have completed "most" Ghost Recon titles, to date.. with the exception of: Wildlands.

All in all, I am retired: and console gaming is 20hr a week hobby for me.
I'm also former military, so Any prior service or just plain ole' retired people.

I invite you to contact me via PM, and we
can start or continue, a new franchise together.

oh man i would gladly join you, but i only own the game on PC. It's a great game and a lot of fun. once you beat the story tier 1 mode opens up which is alot of fun. there is also ghost mode, which is a one life mode, meaning when you die your save is deleted. It's pretty hardcore but adds some replay to the game. if you have any questions or need advice, hit me up. i still play it from time to time and have over 250 hours into the game on PC. The side missions they added as extra content are really good as well. I really enjoyed slient spade and the return of Kozak and Mitchell.
Top

Thank you @Gobi42 for your interest in Ghost Recon, This thread is for Active players on the Xbox One console.
Top

so have any of you guys checked out the new horde mode they added?? It's kinda like the horde mode from GRFS, but of course with it's own twists.
Top

I am a newb, when it comes to the in-game menu of GRWL.


Played GRFS: a good deal, but never knew about it, having a horde style gameplay mode.


•• You are deffinetly a more accomplished player, in Wildlands, than I am, @gobi42
*(Wish we could darkzone it together, if we were not on different console/vs/PC)*.
My progress is at a very slow pace, while trying to complete the story mode, solo.••
Top

thanks @Ninja Cow I've been playing since day one, and 100% the game. However ghost recon is one of my fav game series and i have thousands of hours into all of the ghost recon games. I liked the story for wildlands, and no worries man, we all game at our own pace. And i might not be able to play with you, but if you have any questions or need any advice just holla i'll gladly help if i can. Yeah it called gurellia mode in both wildlands and GRFS. It's separate from the story. (wildlands uses your story save, but mainly only for your character and any rewards you receive are paid to the campaign save that you use) also try hitting up a GS member by the name of DaBot, i know he likes to play ghost recon as well on xbox.
I will say the m4a1 is the best all around weapon in the game. The HTI can 1 shot all heli's and any truck or car expect armored ones, which take 2(this is with the suppressor off)
doing the vehicle drop off missions are probably he most useful as once it's maxed out it gives you the ability to call in a heli at any time. makes getting around the map alot faster.
if you fast travel it will reset the convoys( meaning the materials they yield will change).
Also there are two endings to the game, one if you go after sueno as soon as you get the chance, and another if you take out all the under bosses and then take him out.
Once you unlock media luna providence, you should see a side mission that is from GRFS and you get to meet kozak, it's alot of fun, and after you beat it, you get the cool optical camo from GRFS(however it doesn't improve stealth in the game) also there is a free side mission in the uplay reward section for the game as well that take place in media luna, you can play it before or after you beat the game.
Top 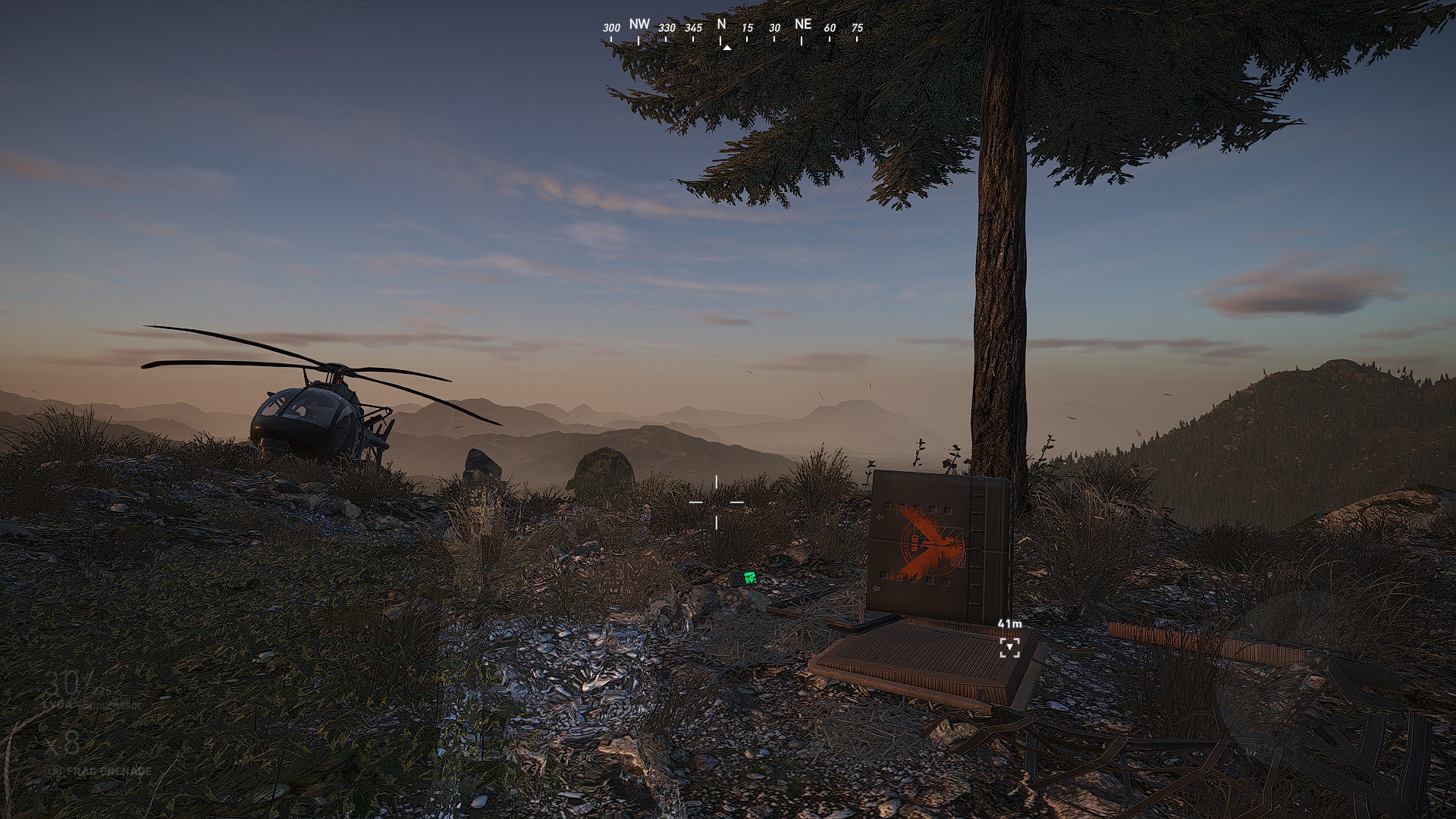 Ghost Recon Wildlands is so Epic, it kind of sucks to do it solo..
I tried teaming up with "other XBL clubs" and it was never a good
fit.

This is "my game! though". even if it's gets backlogged, I will
chip away at it eventually.

@gobi42 Btw: I'm also known as Dabot123,
I have been using both Dabot & NinjaCow since 2008, when ..
I joined back in the Tapa-talk days.
I use, Brraaainsss@XBL.com as my XBox tag. LOL sorry for any confusion.

Um.. I've seen a guy Scott71 on Ghost Recon, and there are a few others that "are inactive but/ on my Xbox friendslist".
Top

lmao @Ninja Cow no worries man, you got me