[General] What Game(s) Did You Just Buy?

Let us know your most recent game purchases!

In the age of digital game stores, we make much more impulse purchases than in the old days. Sure, Steam has had flash sales for about a decade now, but console makers have been casting the same bait in recent years. The days of the same Triple A titles being purchases at the same time by everyone is over in other words.

What game(s) did you last purchase?

I'll go first: I picked up a digital copy of Cruisin' Blast from Nintendo eshop. I have fond memories of playing the Cruisin' franchise in both local pizza parlors & on home console, so this was a must-buy for me. It doesn't disappoint. It leans in heavily towards its arcade machine roots while giving enough content for a home console experience. Some retailers, such as Target, are even selling the physical version for $25. Totally worth it at that price point.

So, what have you picked up recently? 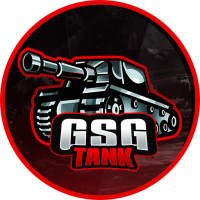 I pre-ordered Halo Infinite. Outside of that, not too much on my radar

I dont have much time to play anymore. So I don't really buy games like that. But I do have Game Pass.... so I get all the games if that counts

. Just finished psychonauts 1. Moving on to the second soon.

Or any one of the countless in my backlog.
Why be a king - when you can be a god
Top

Hunter, Call of the wild. Picked it up at 75% off with all the dlc.
Top

I picked up AC Vahalla. Suffering buyers remorse though. I just downloaded the free version of Destiny 2.
Top

I'm a game collector more so it seems than a game player. Time and sleep, you know.

Also, I think I've bought less lately because I can tinker with Gamepass Ultimate which let's me access a lot of games for my Xbox and PC.

Anyway, can't remember which of these I got last but they were all around sametime frame.

I haven't purchased much lately. Here are my most recent library additions.

I can totally relate. I am a sucker for deals even though I know damn well that I don't have enough time to actually go through a growing backlog of purchases.

I, the eternal sales sucker, got pulled in once again. The digital copy of Konami's The Contra Anniversary Collection is 75% off so it was added to my backlog.

contra.jpg
You do not have the required permissions to view the files attached to this post.