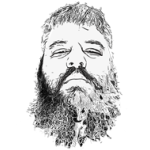 I've found that the best spot for hunting -- for me, at least -- is the eastern coast of Bluewater Marsh north of Saint Denis. With a repeater you can hunt baby alligators, and with a varmint rifle you can get spoonbills, herons, cranes, and pelicans. There are also muskrats, turkeys, wild boars and lots of birds that won't necessarily land, but you can shoot them out of the sky. Ducks, ravens, loons... I even bagged a bat earlier. As a bonus, there's butcher nearby in Saint Denis. I made two trips earlier today and made about $140.

Something that list doesn't address: I've got a couple of egret plumes in my satchel and it says the Snowy Egret plume is worth $2.50, but I don't know where to sell them.
Top

Thanks for this. I'll have to up my hunting game. Doing missions and robbing folks just aint making me any money. I'll try Bluewater Marsh and see what I can find

I like your spot to, run up the cost and swing left inland a bit. I've progressed to the Bolt rifle and that helps with the full sized gators, though two or three shots with a repeater get them done to. The Small gator carcass is about 6 bucks, roughly double the perfect gator pelt price, and the small gator hides seem to be the same value as the larger ones. I've even gotten some perfect bucks in that area.

In the north western part of the map up past Annesberg, there is a large waterfall where you can fish for Muskies, they are 7.75 when selling to the butcher. Its a long haul though

Digital_k wrote: ↑
Sat Dec 15, 2018 9:48 am
In the north western part of the map up past Annesberg, there is a large waterfall where you can fish for Muskies, they are 7.75 when selling to the butcher. Its a long haul though

I think you can catch those at lake O... by Strawberry. Closer to the butcher and you can also get some other valuable fish, bass and the pink ones.